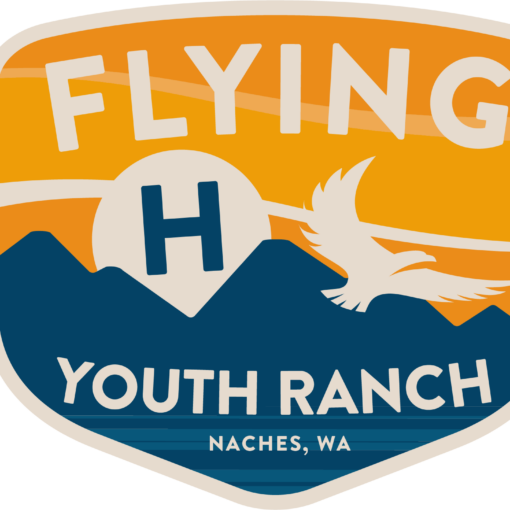 Forty years ago, in 1962, Reverend G. Allan Hires moved his family of eleven from his pastorate in Twisp, WA to a deserted dude ranch called the Flying H.

Trusting God to provide, he obeyed God’s directive to create a ministry to rescue boys in trouble.  In excerpts from Miracle Under Construction he tells the story:

“A faithful radio listener had sent $50 from the settling of her husband’s estate with the instruction:  “Start a home for children.”We had $50.  We sent an offer to the owner and did not enclose the deposit check.  The real estate agent sent a letter telling us that he would hold the offer until we could send the money.

The outlook appeared hopeless until from a very unexpected source God sent in the funds that made it possible. With a sense of wonderment at our Father’s timing, we sent the first check. Within ten years the entire mortgage was paid, a new gym was erected and two neighboring ranches were added to the original property.

Then all seemed lost when in 1981 we received a terse letter from the head of the department in Olympia with which we had worked for over 19 years:  “After July 1, your services will no longer be contracted by this office.”  My wife Freeda reminded me of God’s faithfulness to us over the years.  “He was in it then, and He must still be in it for He never changes,” she said.  We could either close the ministry and fail in our calling or trust God for everything.

With trepidation we told the staff, “We have good news and bad news.  The bad news in there will be no more wages given to anyone connected with the Rocky Mountain Faith Mission.  The good news is that the state of Washington will no longer be involved with the Flying H.”

The ministry miraculously survived, and five years later in 1985, it took another big step and changed its official status from a group home to a year-round boarding school.  Although it has faced many challenges and changes over the years, the Flying H Youth Ranch has persevered.  This perseverance is rooted in the belief that God’s purposes continue to be accomplished here through the sharing of His love with struggling teenage boys and their families.  Before he died in 1987, Allan Hires wrote, “It is obvious to us that our borders are so greatly expanded that we feel the grave danger is not failure in supply, but failure to grasp and follow the mind of God for us.”

Read G. Allen Hires’s story of the mid-80s during the construction of Flying H Youth Ranch .. a Miracle Under Construction